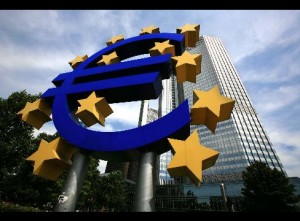 by Romano Prodi on Financial Times [1]

Last Sunday in Berlin the governments of the most important European countries agreed [2] to promote a new transparency in international financial markets. This is a very important decision to avoid future crises. It is also an urgent one, because a concrete plan of action must be defined in the next Group of 20 nations summit [3] in London, at the beginning of April.

This will not be an easy project, because those who have interests in tax havens will attempt to block the creation of a transparent regime for the enormous flows of international money. The recent tension [4] between the US and Switzerland on bank secrecy is just one of the first signs of the likely conflicts that will be triggered when this difficult but needed project is fully implemented. This is why the European decision to act is not only appropriate, but shows courage and wisdom.

While it is crucial to look ahead and plan for future reforms, we also need to tackle the immediate crisis that threatens Europe. Indeed, in the past weeks individual countries, even in the eurozone [5], have been left alone in the defence of their economies and their banks during the financial storm. Irish, Greek and Portuguese Treasury bonds, and to a lesser extent Spanish and Italian ones, have shown widening yield spreads, especially compared with those of Germany. In addition, the economic difficulties and related weakness of many banks of the European Union states outside the eurozone are shaking the banking and financial system as a whole.

In order to avoid European countries being forced to confront the crisis on their own and relying only on their own resources, we must provide the EU with a common defence system. Here European solidarity should not just be seen as an abstract ethical value that we talk about, but it is the best tool to avoid the deepening of the crisis.

To that end, two decisions must now urgently be taken at the European level.

The first concerns the EU budget, which is today lower than 1 per cent of the European gross domestic product. This budget should be increased to 1.25 per cent when the 2008-09 budget is revised, targeting and binding the extra 0.25 per cent to extraordinary interventions aimed to reduce the tensions in the EU countries. This measure will greatly help in stabilising European financial markets.

The second decision concerns the issuance of European public debt notes in addition to, rather than as a substitute for, the Treasury bills of the member states. How to issue, control and use these notes should be the sole responsibility of the finance ministers of the eurozone, in strict agreement with the European Central Bank.

These two tools should be used by Europe to ensure it is proactive and does not end up the passive victim of the financial storms afflicting individual countries.

Finally, we must remember that while the euro has become one of the reference and reserve currencies in the global market, there is not yet a specific European note to invest in.

I am aware of the fact that these proposals may raise some concern in the governments of those countries that should carry the heaviest burden, such as Germany, where the issue has been deeply and strongly debated.

I understand, too, that I am touching on one of the pillars of the euro’s foundations – the view that while the currency is common, the debts of the individual states must remain separate. However, we face such a critical moment that it is in the interest of everyone – Germany in particular – that Europe unites to face the common threat.

The German finance minister, Peer Steinbrück, recently agreed that there is a need to step in, if there is a risk of default by one country. The best way to do this is being proactive by creating a market for eurobonds at the European level.

Although these decisions are critical, there is also a need to offer Germany, and the other virtuous countries, credible guarantees about the use of these common financial sources.

I do believe that a spirit of solidarity is not only an essential of the EU, but must be the foundation on which Europe builds to defeat the fear that is fuelling the global crisis.